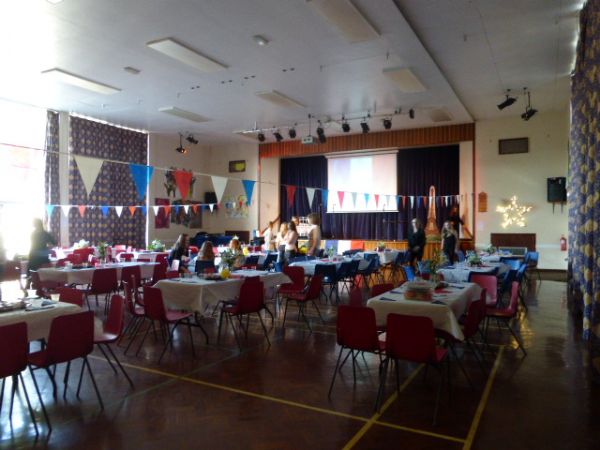 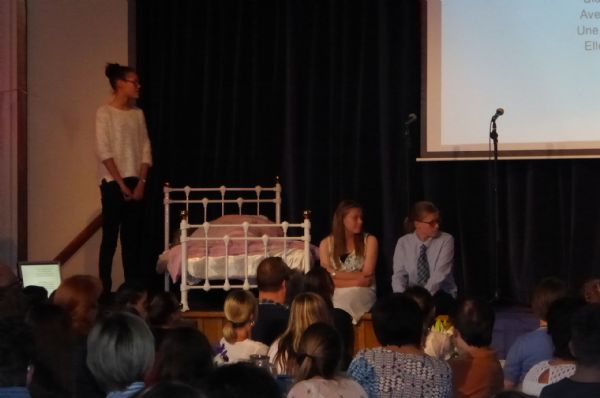 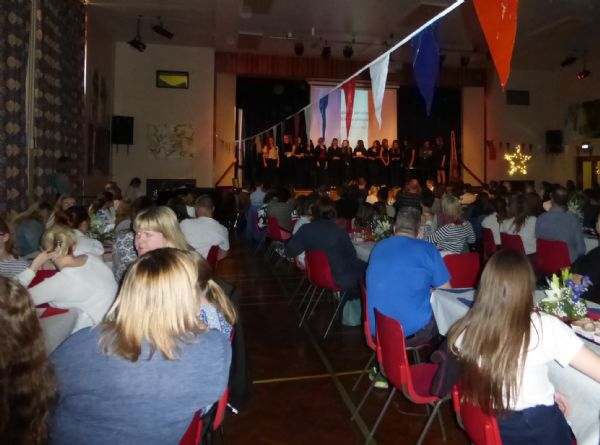 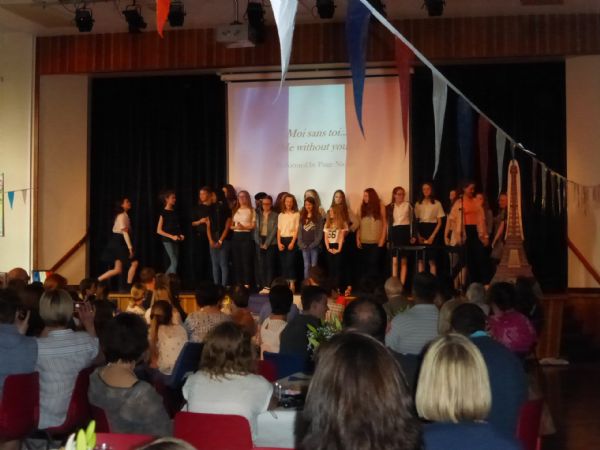 Jean-Paul Gaultier meets an albatross, a pelican and a giraffe.

As part of their curriculum year 8 have been studying French poetry. The girls have read a variety of accessible poems throughout the year, building on their vocabulary and grammar skills with the emphasis very much on the spoken word. Their dramatic and entertaining interpretations of the poems were too good not to share with parents and so the best group and individual performances from each form were selected to entertain parents and friends at an informal evening of French poetry on the 12th May 2016. 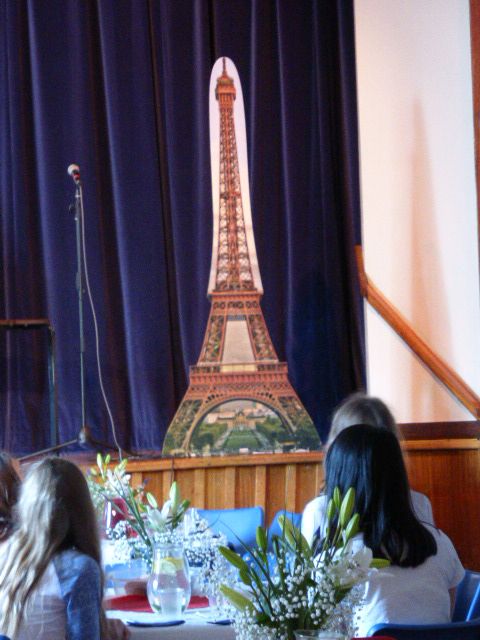 The girls rose to the challenge brilliantly. It was no mean feat to perform in a different language in front of a packed hall and to speak their lines from memory so clearly and with such obvious enthusiasm and understanding. Faced with the additional challenge of ensuring that parents were all able to understand the poems, each group translated their poems onto PowerPoint presentations, thus helping develop translation skills which will be required for the new GCSE in French.

The poems were interspersed with some of the songs performed in French at this year’s House Music Festival.  It was wonderful to see the enthusiasm of those girls who gave up their evening to support their form and perform their songs again.

Mr Isted and Mr Blackbourn performed a hilarious sketch showing what can happen when a French oral does not go to plan and there were other contributions from Mr Bouchard and Cecile, the French assistant.  Some of the girls were performing poems they had written themselves, based on the format of a Valentine’s day poem. These provided a lovely common theme throughout the evening and were extra special as they were very personal to the girls performing them. 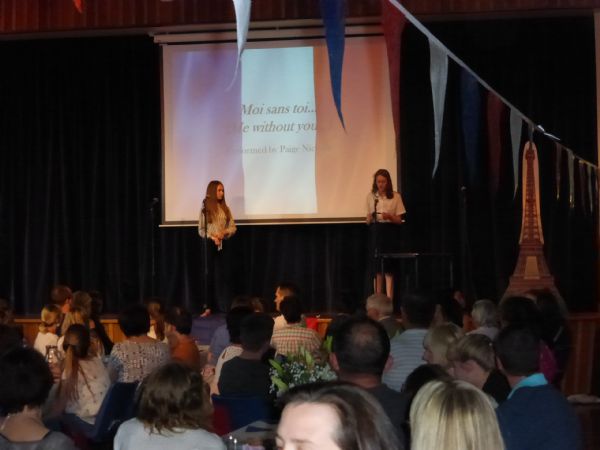 Year 10 Language Leader Award students helped organise the evening, working tirelessly in rehearsing with the girls, preparing refreshments and decorating the hall with festive flair. They finished the evening off wonderfully with a rendition of Abba’s ‘J’ai un rêve’

On Thursday, 12th May, Year 8 students from Spalding High School showcased some of the work that they have been doing in French over the year in a French Cultural Evening.  With the hall decorated with tables garnished with French patisseries and flower arrangements, the walls laden with bunting, the stage decorated with an Eiffel Tower, and flutes playing the Can Can in the background, the relaxed evening felt much as though it were in Paris, and gave a wonderful atmosphere to make the event as authentic as possible and made the informal showcase enjoyable for all.  The performances, which featured over 12 acts, were organised by the Year 10 Modern Foreign Language Leaders, as part of the MFL Leaders award, wherein pupils must plan and take events and lessons in their chosen language, to celebrate the progress that Year 8 has made in French over their two years at the school.  Along with the poems, songs and plays from year 8s, the 17 Year 10 students also performed their rendition of 'I have a dream', or 'Je garde un rêve', from Mamma Mia. English teacher Mr Bouchard also displayed his French  fluency with a poem, followed by an example of how not to do a French Speaking Controlled Assessment, by Head of English, Mr Isted, and Assistant Headteacher, Mr Blackbourn.

Among the acts by teachers were numerous poems and songs as performed by Year 8 students, for example Moi Sans Toi, a poem rewritten by each student from an original format, and songs such as Vois sur ton chemin from the award-winning film Les Choristes, along with the winning foreign song from the House Music Festival 2016, Le Lion Est Mort Ce Soir. Not only did the comedy of the sketches shine out, but also it was clear to see the talent of the students, who took part in learning, and for many writing, their pieces to perform on stage in front of a crowd of 200 people in a foreign language.

Through many meetings and hours of practice and planning, along with an unlimited amount of dedication from all participating, the students and teachers alike were able to make the inaugural event a success and one to be continued on long into the future.

‘Everyone really enjoyed themselves and the whole evening ran really smoothly; it also felt so much more relaxed because of the decorations, so it was lovely to see how the parents’ faces shone as they walked inside the hall, unlike most evenings where the chairs are just arranged in rows and it feels very formal.’

‘We had a really fun time and thought that the quality of the performances was excellent.’