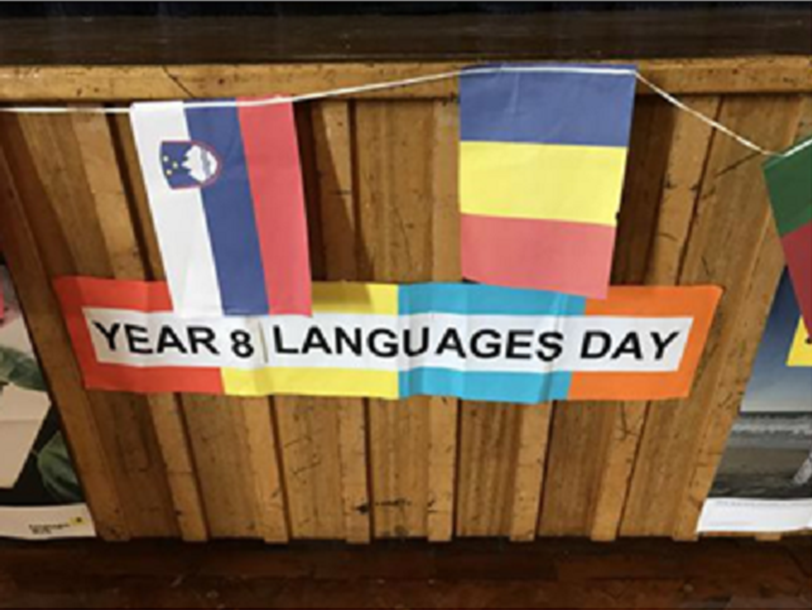 On Friday 15th March 2019 at Spalding High School it was Languages Day. We were ready to explore and enjoy ourselves but this also gave us a taster to help us make our choices for Year 9! At the start, there was a talk from a very nice gentlemen, Mr Ray Carthy, who is a linguist and works at a worldwide company called "Funko". He was telling us about how he was fluent in German and French and explained what being fluent in a language actually meant. Later on we did a quiz and then we went off to try out some exciting languages. We learnt languages like; German, French, Spanish, Saudi Arabian, Latin and Yoda language. Personally, I really enjoyed that day as a student and we all asked a lot of questions! This definitely helped us pick our choices for Year 9. At the end of the day we did another fun quiz which ended our day with smiles on our faces. If we ever had the opportunity to participate again I definitely would!

The Languages Day, which was on Friday 15th March, was a great experience for Year 8. We got to learn a variety of languages and cultures, some of which we don't learn in school.
During the day, we got to speak to a linguistic businessman, who explained to us how useful languages are in the  business world.  We got to ask questions about where else languages are used. These included law and airline services.
We learnt some languages that were options for Year 9.
These included Latin, Spanish and French. It was a real help for those who didn't know what they wanted to choose for their options. We also learnt about Saudi Arabia from a teacher who had lived there during his childhood. It was great to learn from somebody who knew about the culture  first hand.  A sixth former who had lived in the Netherlands also gave us a lesson on some Dutch, which was really fun!
At the end of the day, we did a roleplaying activity in which we had to put ourselves in the shoes of an English exchange student going to live with their German pen friend. There were a number of roles in which we could be a family member, and this was a great way to learn some more German.
At the end of the day we received some prizes, and all in
all, it was an amazing day!