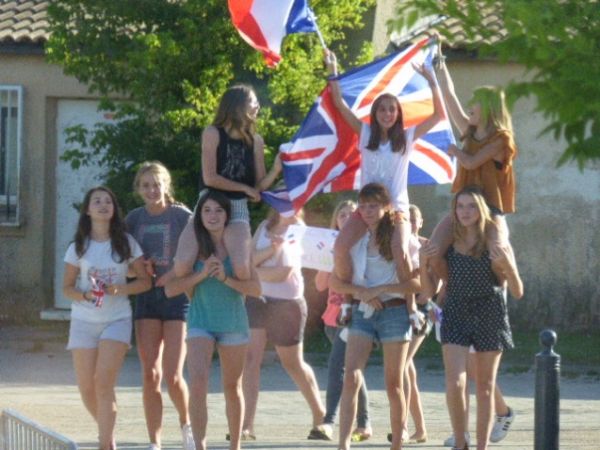 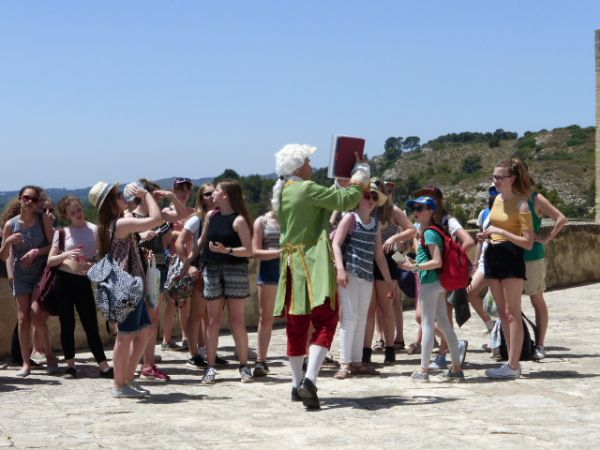 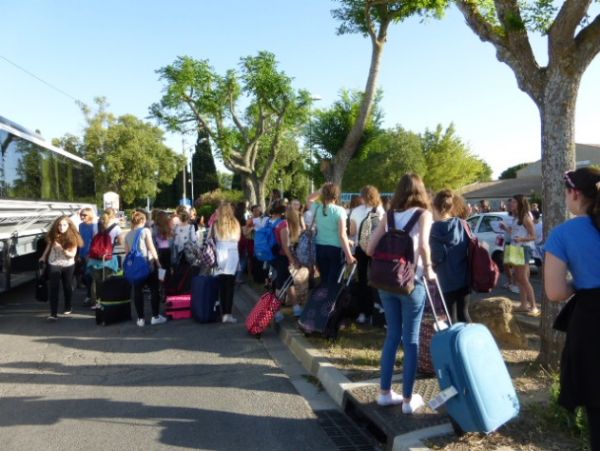 took place between the 23rd and 30th June 2016 and 37 Year 8 students took part.  All the students stayed with French families and they were accompanied by 5 members of staff who also stayed with French families.
Taking part in an exchange visit improves speaking and understanding of the language.  It is beneficial for students of all abilities. There are also many social benefits as the students learn to cope and adapt to a foreign culture and environment. Lifelong friendships often develop.

We left Spalding by coach on the 23rd June at 6.30 in the morning, a bit early but we were all rather excited.  We got to Heathrow and flew to Marseille.  We arrived later than planned because of delayed flight delays but that was not a problem as it gave us more time to shop in the airport!

We then travelled to Pélissanne and the Collège Carcassonne by coach where our French pen pals met us and gave us a very warm welcome. 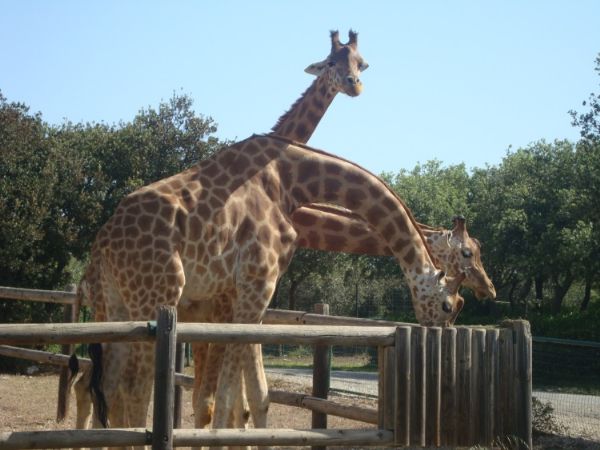 in the morning, we went to the zoo in La Barben and we saw lots of different wild- life, even some strange three-headed giraffes!

In the afternoon, we walked to the Castle of La Barben.

We then spent the weekend with our French families, it was exciting and we saw a lot of different things again.  Some of us met up and did excursions together.  It was good fun.

On Monday 27th June, we all met up again at the school and had lots to tell each other!  We went to Glanum, a Roman town outside St Rémy de Provence (where Van Gogh stayed!)  We were able to put into practice what we had learnt in Latin.  We saw the ruins of a roman house, we visited the baths and weretaught by our guide about how the people washed there. 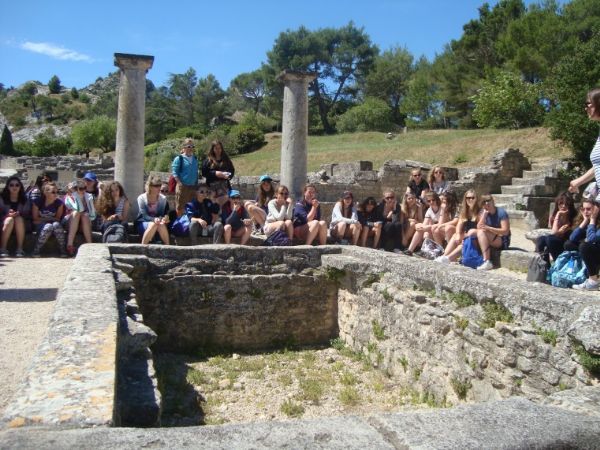 In the afternoon, we went to Les Carrières de Lumières, a

quarry which has been turned into a very special art museum.  We saw the works of Marc Chagall displayed on all the walls of the quarry, all this accompanied by very powerful music.  It was quite overwhelming!

On Tuesday 28th June, we went to Cassis, a lovely little port on the coast.
There we went for a boat ride along the Calanques.  After lunch we had some shopping time! 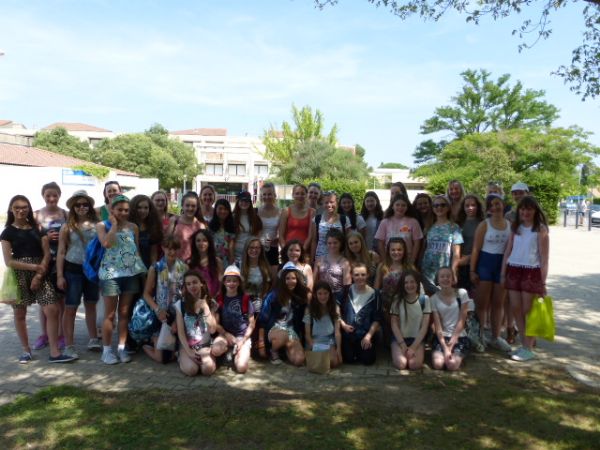 On Wednesday 29th June, we spent the morning in Salon de Provence in the market.  We had a quiz to do and then we were given some time to shop!

We went back to the school at lunch and spent the afternoon with our French families.

On Thursday morning, we said good bye to our French families and set off to the airport to get on our flight home.
We all had a great week and have made long-lasting friendships.